Here come a few pictures I took in between, although I should have taken more and the quality is not very good. I apologize. 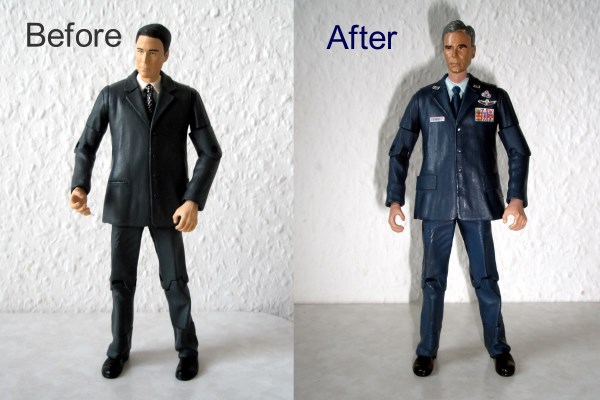 This is the original figure, Wesley from the "Buffy" line.

These figures are made by the same company - DST - and so they are of the same size like the Stargate ones and it is easy to take the heads off and put another on. I also already used a Spike and Angel with bare chests to make myself a - well, barechested Jack, and I also put Jack and Daniel into Hawaiian shirts, which originally belonged to Angel and Spike. I might post these pictures another day. Back to the Air Force uniform.

I needed to add a few things to the original suit. You see there are no pocket flaps, so I added some piece of plastic. 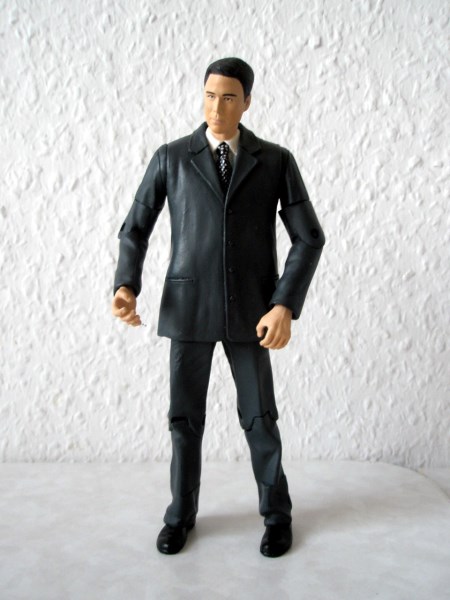 The same I used for the shoulder straps.
And the white part shows where I cut off the fourth button, since the Air Force uniform only has three. 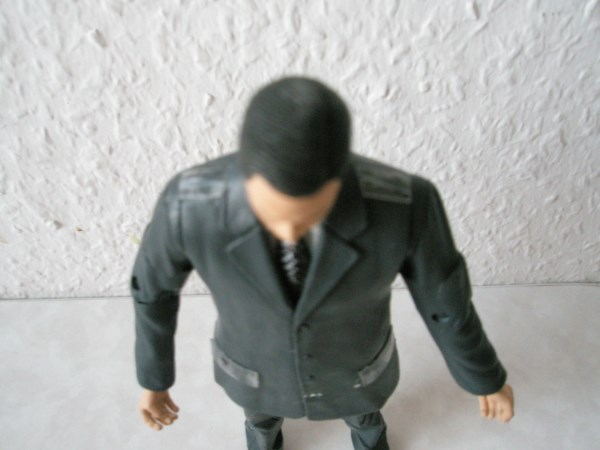 Then it was only a paint job, I painted the suit and tie dark blue, the shirt light blue, the buttons silver and even darkened the neck a bit, to match with the skin color of my Jack head.

Finally I added the medals and pins, it is just printed paper. Was a bit fiddling to cut out and put on with double sticky tape.

And here is the version of

rollmyblues on Gateworld, which gave me the idea and he also helped me with some details. He used modelling putty for the flaps and even made a hat from it. And his buttons are nail heads.

If you want to do it as well I can send you the printable sheet that I got from him. Many thanks again!

Pictures of my finished Jack at his desk in his office