This story wouldn't have been possible without the help of

jbsnow who first had the idea of making the item this story is about, and kindly supplied me with the file for printing.


An ordinary day in the Hub. Myfanwy is flying around. 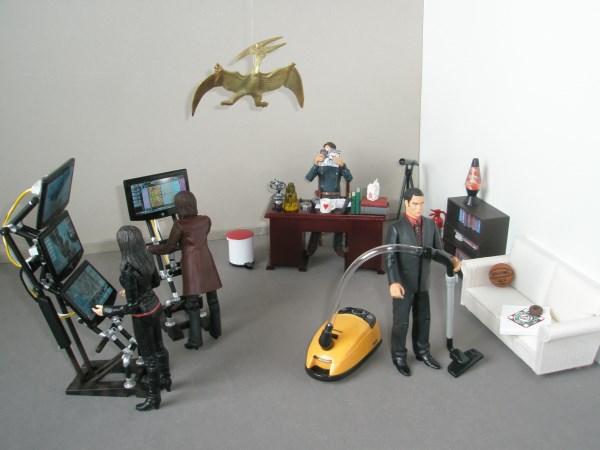 Gwen and Tosh are working on their stations. 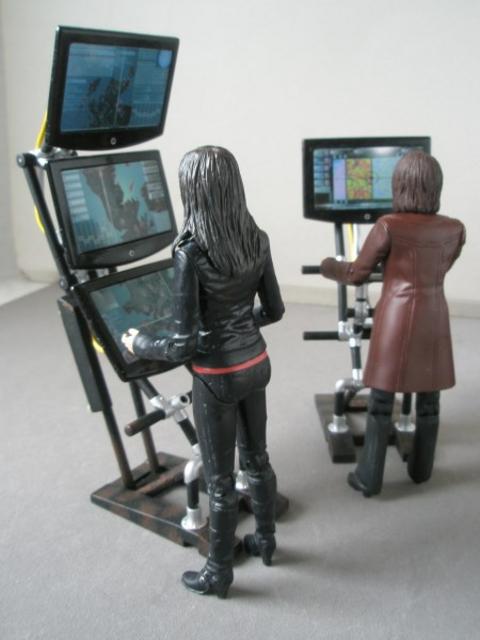 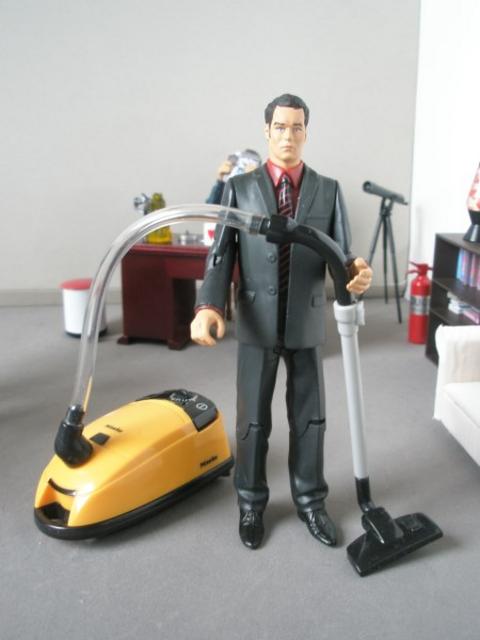 Look at that mess! 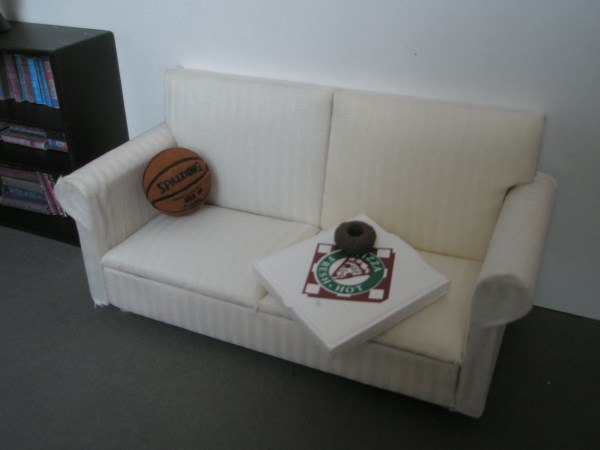 Apparently they had pizza and donuts. 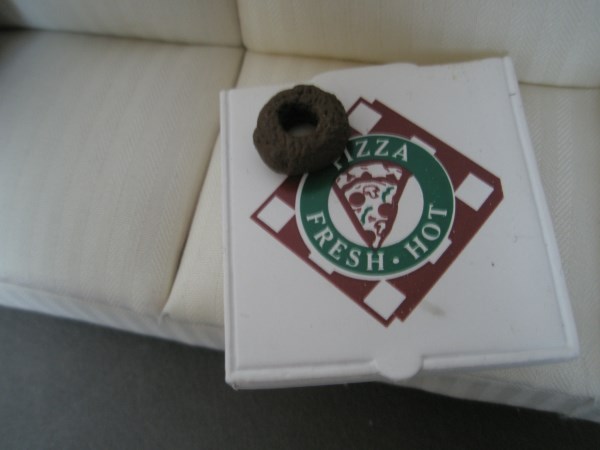 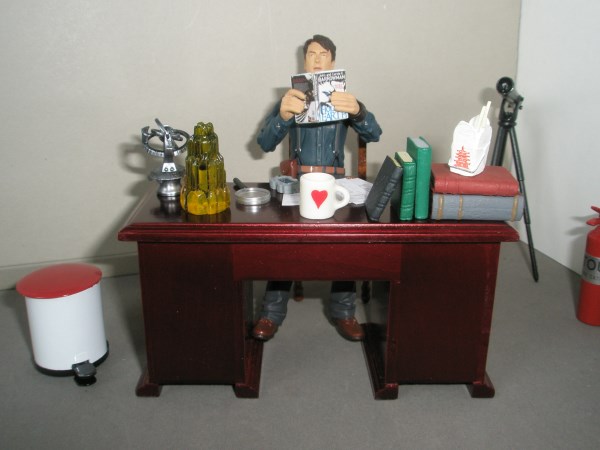 Actually he is supposed to work on those reports - but he's reading. 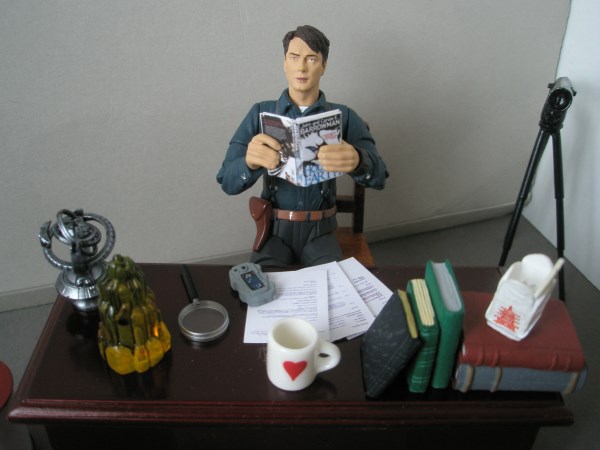 He likes to read and has a whole book shelf. 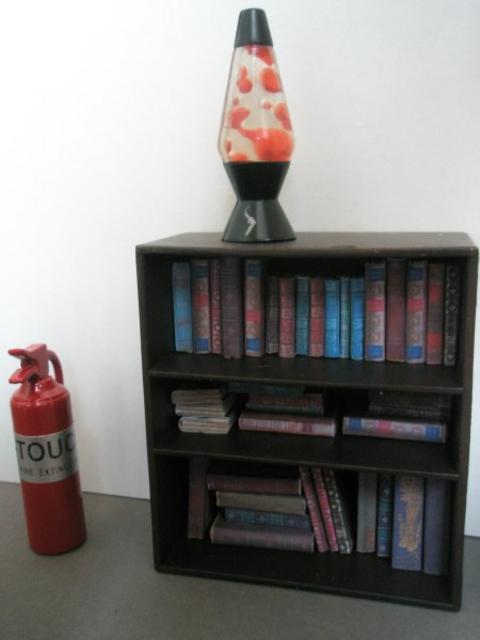 Finally Gwen demands that he gets off his seat, because the rift monitor is making funny noises. 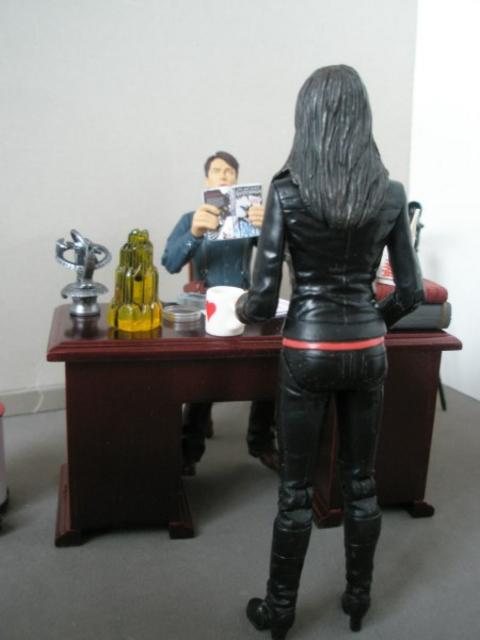 But Jack tells her she's in charge today and turns another page.

Gwen and Ianto catch a Weevil. 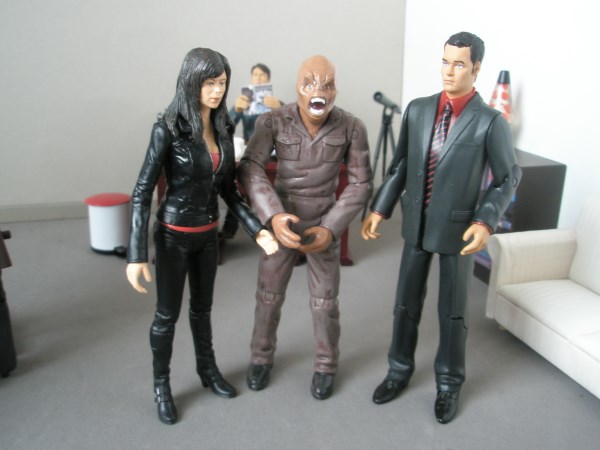 The Hub's overrun by scary creatures who want to overtake the world. 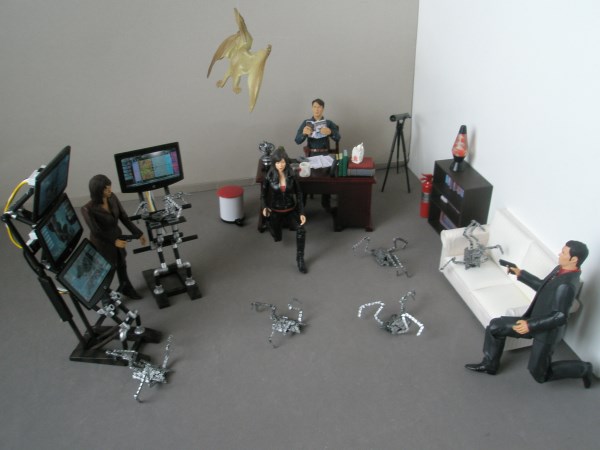 Everyone gives their best to fight them. 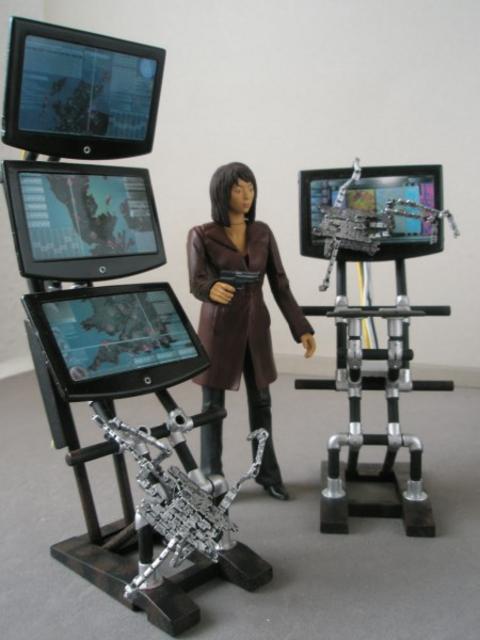 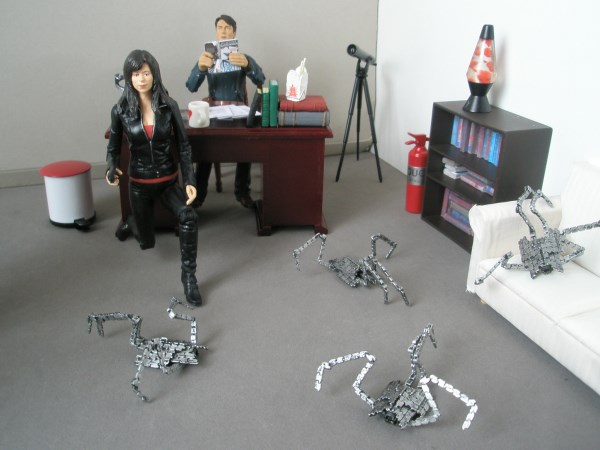 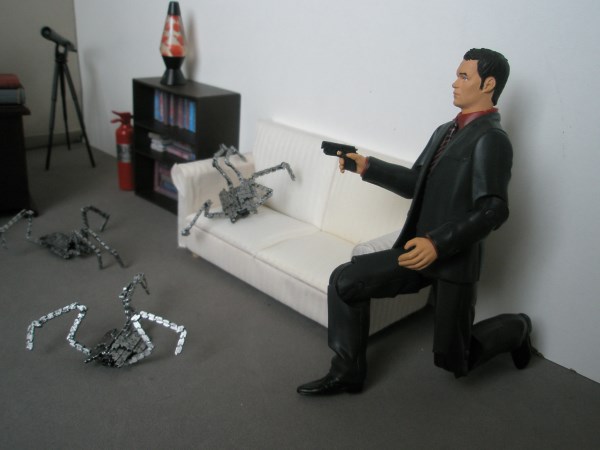 Finally they have enough. They demand to know what this is all about. 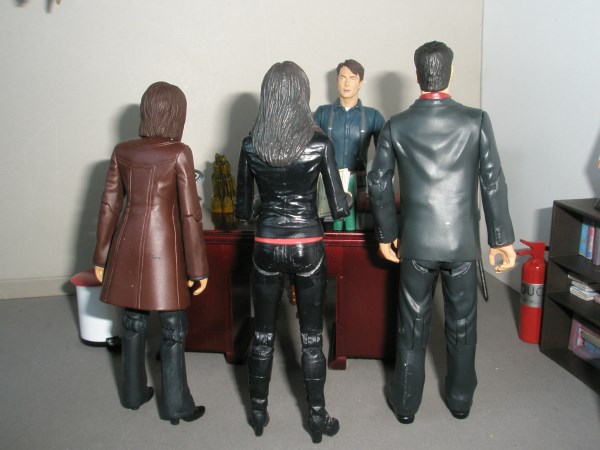 Gwen flicks through the pages - what's so special about this book? 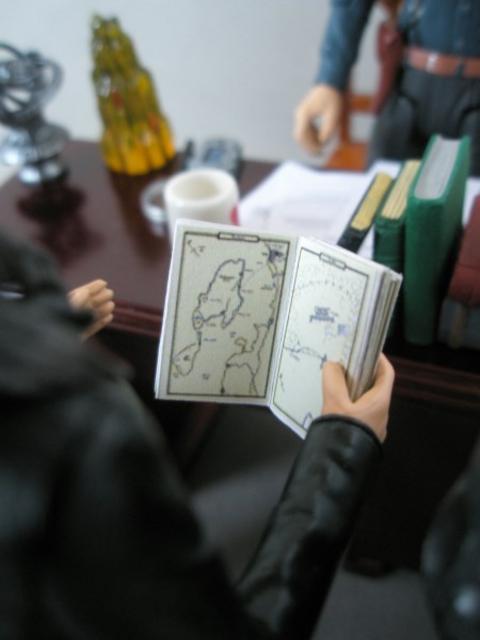 So Jack tells them.
"This a new book by that cute guy John Barrowman and his sister Carole. It's called 'Hollow Earth'. It's a sci-fi novel for young people. It's about twelve-year-old twins Matt and Em who can make their drawings come to life and get into the pictures themselves. People who can do that are called Animares." 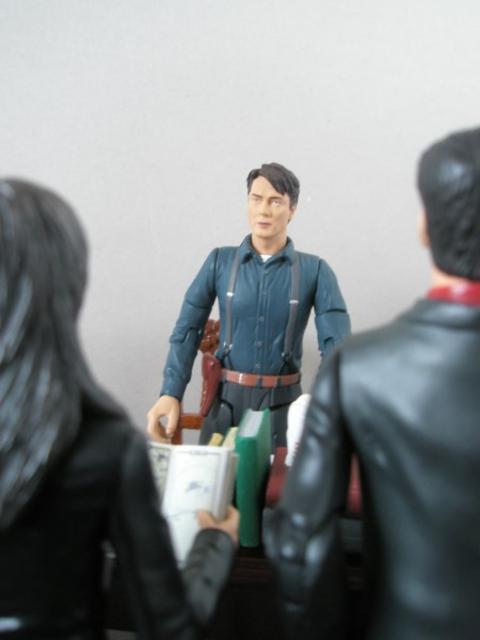 "And I wonder how they know about them. It's not just sci-fi, they are real, I once met them. We have to go and retcon these Barrowman people. Are you coming, guys?" 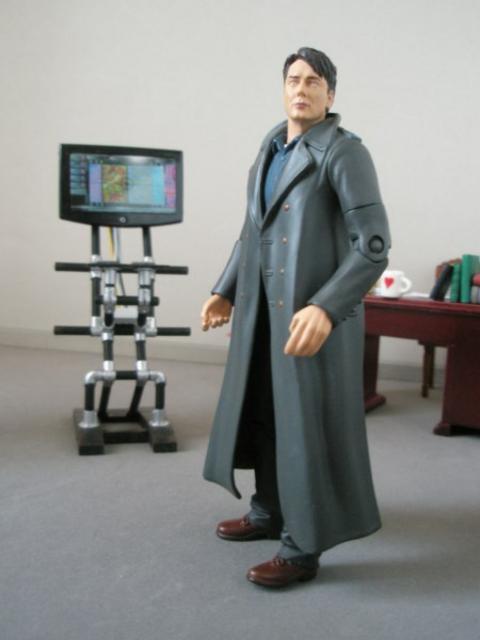 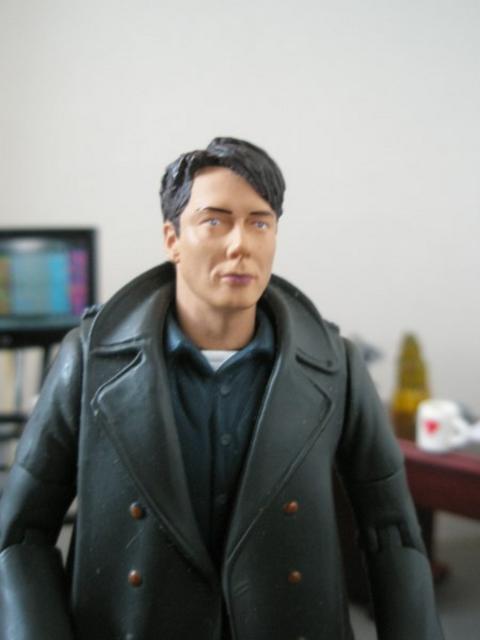 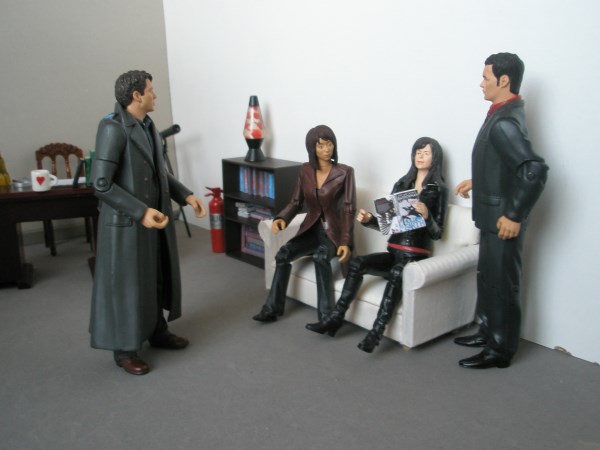 Gwen distractedly waves Jack away with one hand and says: "You go alone, it just became very suspenseful, I have to read on." Ianto demands that Gwen reads it out loud to them and Tosh has spotted that two more books are planned. "We can't retcon them, Jack, not at least till they have written the rest! And there also probably shall be a tv series or even a movie..." 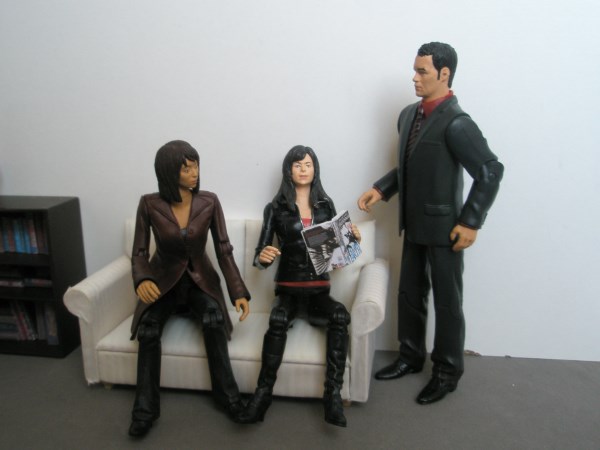 THE END - wait, not the end, I have been asked to do a sequel, which you can find under this link:


If you want to see what all the fuss is about and got curious, you can order the book here (depending on where you live).


And if you are new to my LJ and want to see more action figure stories, here are link lists with everything we have done so far:


And here are the original pictures by Snow, which inspired me:

Edit: And a new one: http://i67.photobucket.com/albums/h311/funkymonkey74/Torchwood/Hub/miniHub/NewCaseHE_Pic6a.png