After my last post about The Torchwood Team reading the book "Hollow Earth" was so well received (many thanks for all the lovely feedback!) and even got retweeted by Carole E. Barrowman I have been asked for a sequel.

But as already stated last time, the biggest credit and thanks for the original idea and making of the miniature book still goes to

And now please follow the link to see how "Hollow Earth" goes international, if not universal.

FBI Agent Scully examinates something very strange.
"Mulder, I've never seen anything like this before, I really need your help here!" 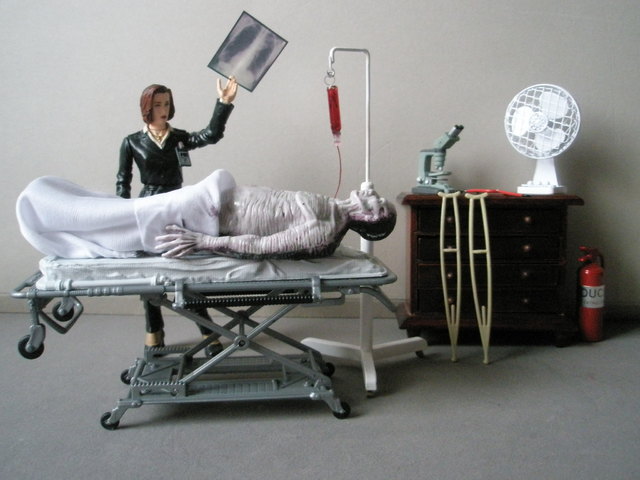 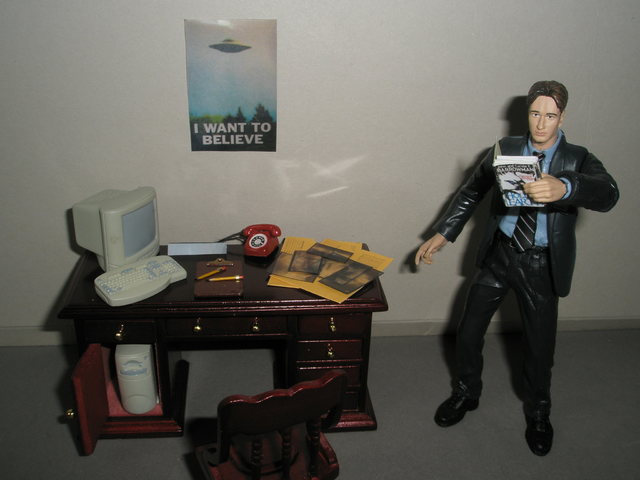 Major Samantha Carter, Dr. Daniel Jackson and Teal'c are ready for their mission to planet P3X-877. But their leader is still missing.
"Colonel O'Neill, where are you?" 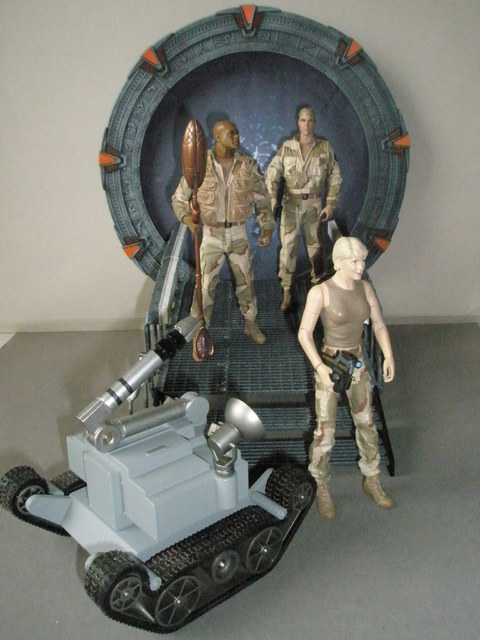 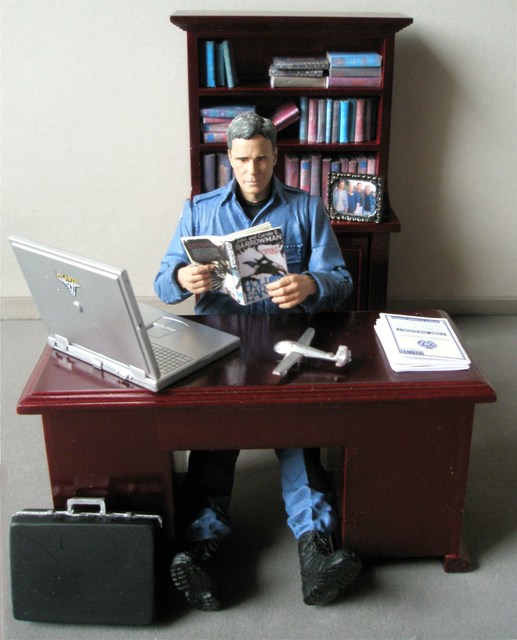 Somewhere in the United States:

Batman is having a hard time against the Terminator.
"Superman, I really could need your help here!!!" 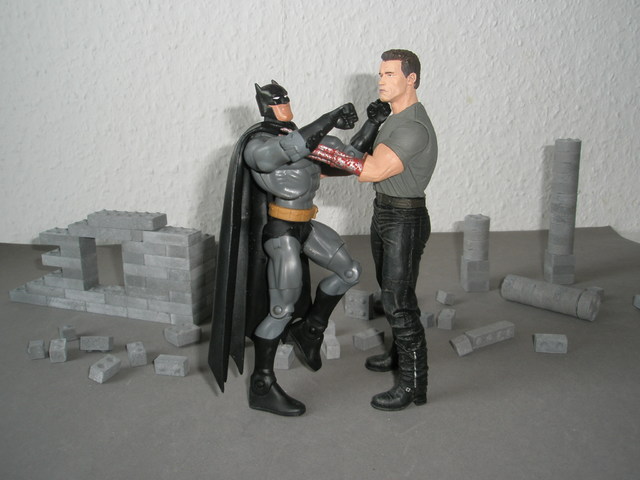 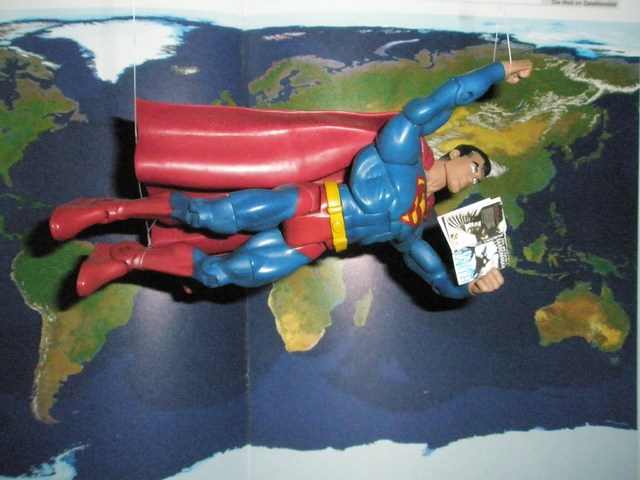 Somewhere in the Universe:

Martha, Donna and Rose want to have fun together.
"Doctor, you promised to show us the Universe. We're ready to go, are you coming?" 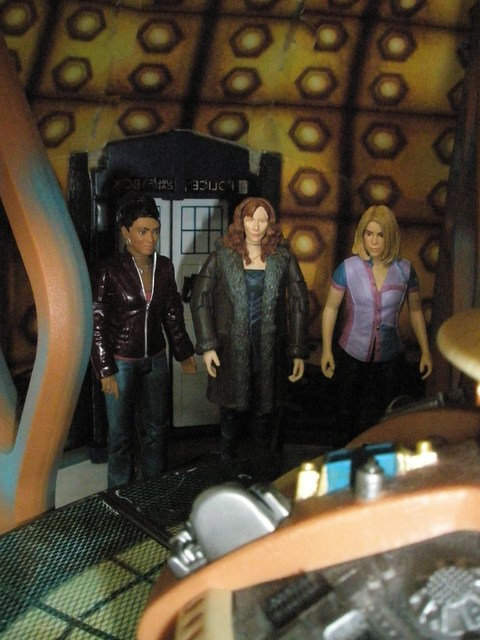 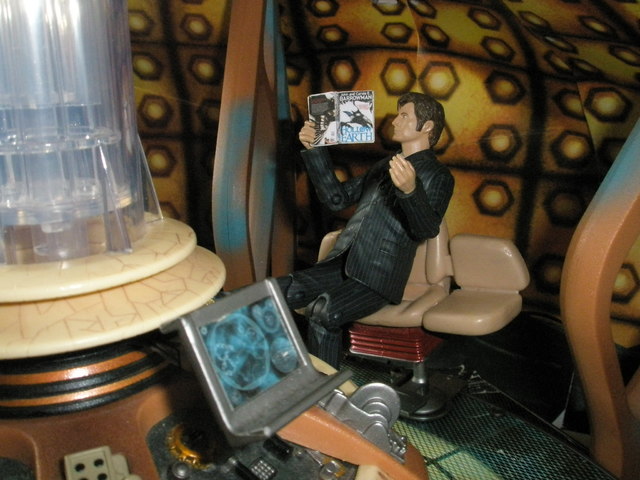 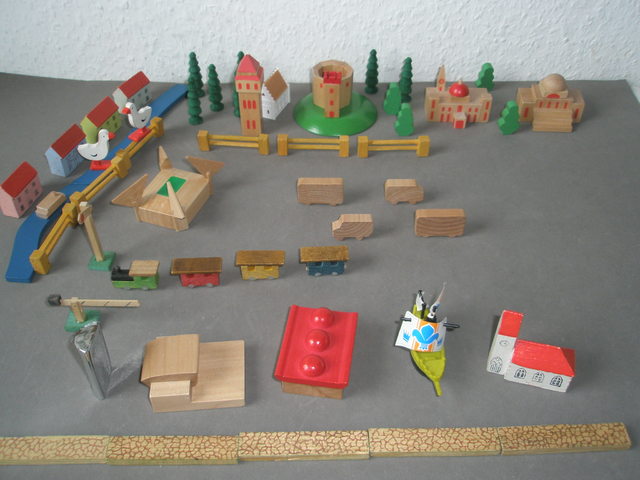 Jack has to realize that he comes too late with retconning the authors. The line for the official book signing with John Barrowman in Cardiff is hundreds of meters long. 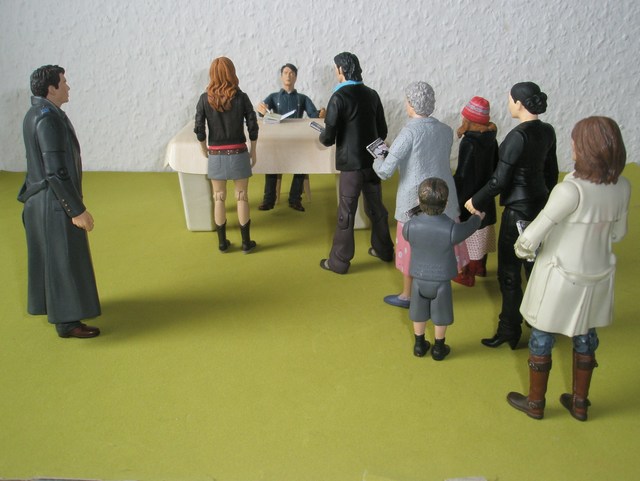 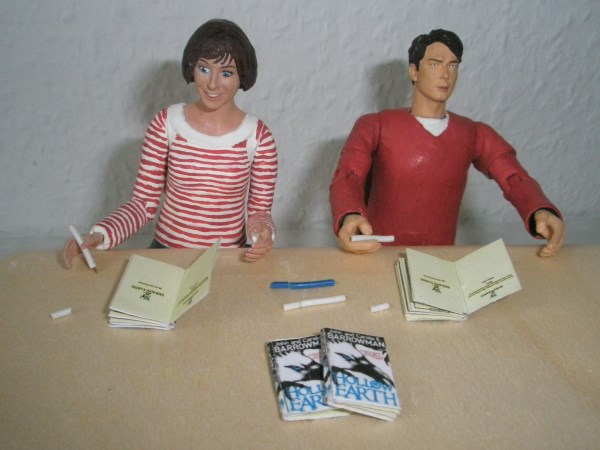 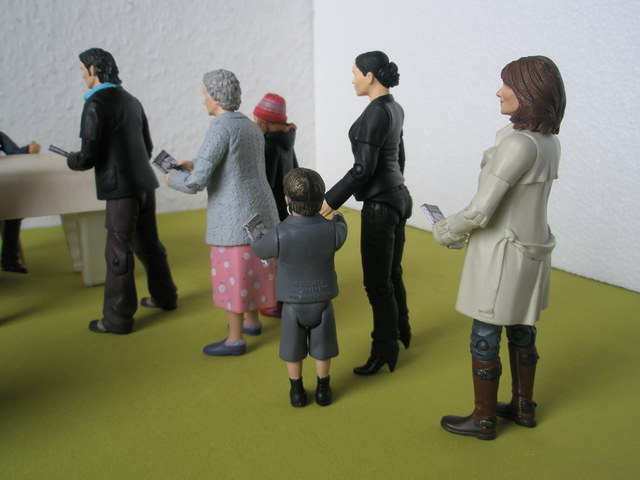 And everyone brought their own copy of the book. 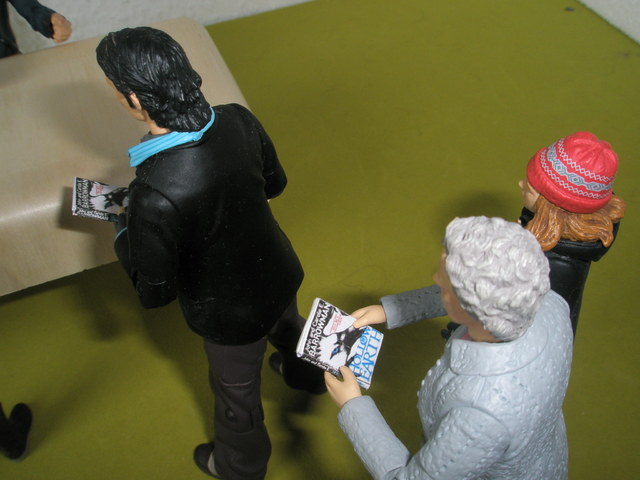 It's too much, he can't retcon them all. He has to accept that the story of the Animares will be out there forever - but hopefully it also will remain to be just a fairytale.

And here a glance at behind the scenes. If you want to know how I did the wirework for the flying Superman (and also Myfanwy in the previous post) - I used my kitchen shelf: 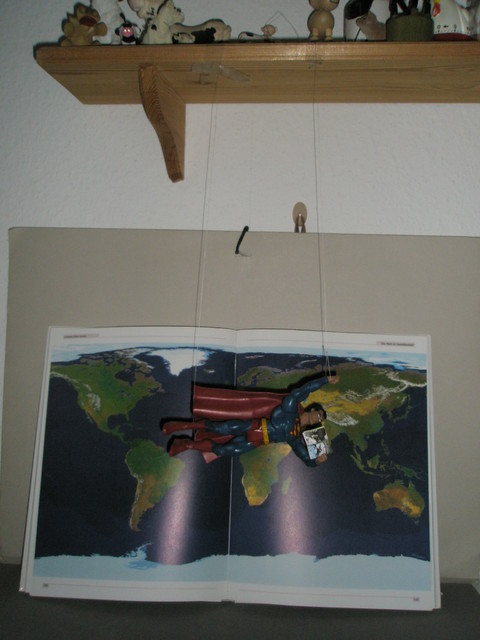 And then Carole said she'd love an action figure of herself and this happened:
My (way more than) five minutes of fame
Everything you need to know about Carole retweeting my action figure stories, her and John talking about me in TV and the action figure I made of/for her

I won't do any more "Hollow Earth" sequels after this one but I have tons of ideas for other pictures and you are always welcome to read old stories and keep up with new ones at these links:

Enjoy, and thanks again!
.
.
Collapse