lordhellebore is posting great art right, left and center (go have a look, they are really good!) and so I thought I'd dig around and post some of my own. I usually don't like to draw flowers, but we did a few when I went to an art class. So, since it's Spring (or at least supposed to be, I wore my winter coat today), have some flowers. They are aquarell and black ink. 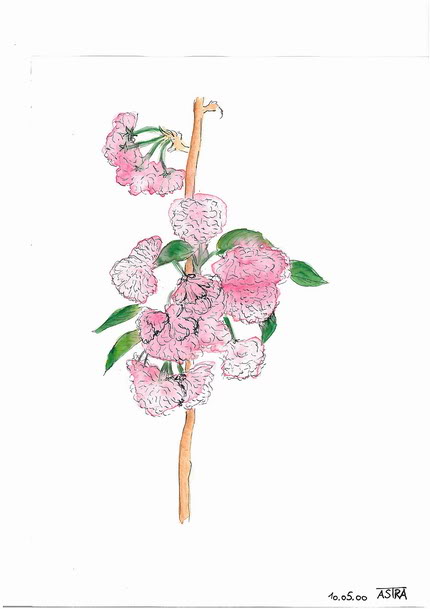 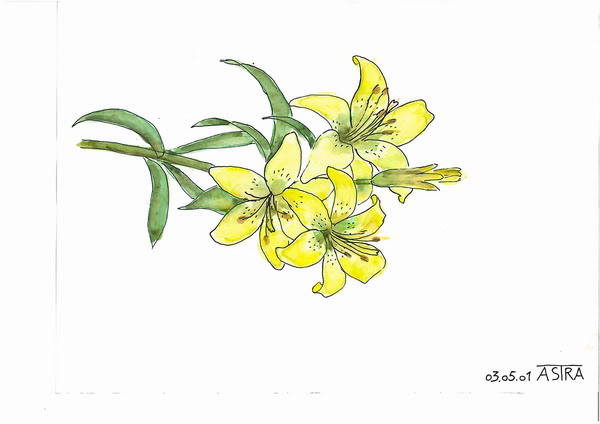 Okay, two posts in one day is not what I usually do around here, but have you seen the newest "Arrow" pictures? Beware, spoilers! There are three of them:

What is intriguing that apparently the two of them have no secrets anymore between them. Holy shitballs (again!). This can end no good?

Edit: I have never seen his eyes as cold as in that one! That should deserve an award.

dieastra
Beta: Many thanks to

tardisjournal
Rating: T
Characters: Oliver Queen, Malcolm Merlyn
Word Count: 1,786
Spoilers: these pictures from the final episode
Notes: Yesterday evening the pictures I linked to above hit the internet, and instead of going to sleep like I should have my imagination went wild what this scene might be about. This is my take on it and I look forward to see how much I predicted right. Also I’d love this to be a challenge – do you have any ideas of your own?

Summary: My take on the final confrontation between Malcolm Merlyn and Oliver Queen. Secrets and hidden identities are revealed but actually it is all pure speculation based on some spoilerous promotion pictures.

Oliver had a short moment of disorientation when he came to. He struggled a bit until he realized that his hands were chained way above his head. He felt better once he had gotten his feet back under him and took a firm stance. He seemed unhurt. So far.

Recent events came back to him with a bang. He had gone after Mr. Merlyn this time. When he finally had realized who was responsible for everything, he had went into his office with his usual speech of failing the city. Mr. Merlyn had been alone, just casually sitting at his desk, smiling up at him and he had seemed like easy prey. Only when it was too late Oliver realized that it all had been a trap.

For a guy just sitting at desks all day long Mr. Merlyn had put up a surprising fight, and because Oliver had been distracted by it, he had ended up unconscious. Now he had no idea where he had been brought.

He had put too much confidence into the list. He had gotten careless. All leads had pointed into this direction for a while now, but he had been too blind to see. Once he had learned that Malcolm Merlyn was behind the so called “Undertaking”, everything clicked into place. Of course the man who created the list would not put his own name on it. Stupid, Oliver, stupid, stupid, stupid. He wished he had been chained to a wall, then he would bang his head against it. Hard.

Also published at Archive of our own: http://archiveofourown.org/works/784678
Collapse