Today I was walking in the Elbe but I did not get my feet wet...

There was a massive heatwave during the past weeks in Germany, which means a very dry land, no rain, and woods that you are not allowed to go into anymore. And our river Elbe has almost dried out. If you think that only two years ago we had this bad flood with a water level of almost 9 meters (~29 ft.) and now we are down to 50 cm (almost 2 ft.) this is really bad. The steamboats had to stop going. There was a planned parade for the annual city festival (yes

cowgrrl it has been a year already since you were here!) but it could not go and they are losting lots of money from tourists.

Today I was walking around and taking some pictures. As usual, they are behind a cut.

Where the bushes at the left side are, that is till where the water usually is going. 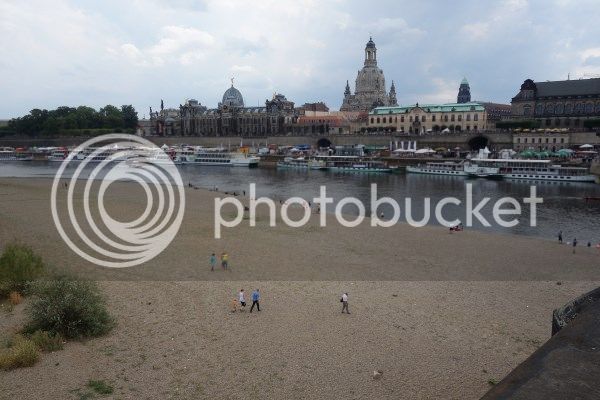 Kirk and Spock from the fourth Trek movie "The voyage home" (also known as "The one with the whales")
I admit I am not happy with that Kirk. The suit is way too dark. Should be more red :( Spock is awesome in his robe though.