A friend mentioned yesterday, that she went to see “Star Wars” with her mummy. Thus, this picture got inspired. Didn’t know her mother was THAT old! LOL 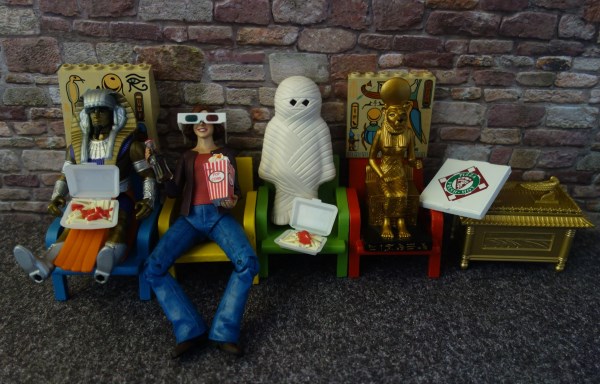 Oh, I almost forgot! The list won't be very long I guess.

January had me back to Glasgow for the third time, for the pantomime "Cinderella" with John Barrowman. We took trips to Loch Lomond and Alloway (Brig O'Doon!) but I did not sleep there so it doesn't count.

In May I slept in London for the Torchwood: Miracle Day convention. Oh the fun we had with them at the picture taking! John allowed me to touch his biceps and showed me how to shoot a banana, and Kai even picked me up.

Two weeks later we flew to London again, but then proceeded to travel and sleep first in Ipswich (lovely little town, interesting where fandom leads you) and then in Cardiff, to see John Barrowman in concert. With us getting pictures at the stage door and my five minutes fame of being printed in the Ipswich Star newspaper

In July I visited a friend in Osnabrück and slept on her couch. We did lovely action figure theatre there, this Stargate/Star Trek crossover dinner is one of the things we did that time.

September saw me back to London to see Benedict Cumberbatch live on the threatre stage in "Hamlet". Nothing to link here though, as we didn't even try the stage door. I heard it was madness, and I already got my pic with him last year

And that's it for this year! Tonight I won't sleep in my own bed either, but just across the street at my parent's, in my old room.

Where have you slept this year?