Like everything most of the things I do, I got the idea for this trip because of John Barrowman. And if it is not him, then it is David Tennant, Benedict Cumberbatch or Richard Dean Anderson. You get the idea ;) I’d probably never have travelled to London, Birmingham, Glasgow, Peterborough, Ipswich or Vancouver otherwise.

So, the reason to see Brig o’Doon was because John Barrowman once tweeted a video of himself walking over this mystical bridge, in the rain. You can watch it either here: Twitter or here: Whosay
Or you maybe even know the movie “Brigadoon” with Gene Kelly where this bridge also plays a role. We actually had planned to do this in January 2014 already, but that was the year when Scotland was hit with heavy storms and floods (see my wet and stormy pictures of Edinburgh) and so we rather did not want to be stuck somewhere in the middle of nowhere and not be home in time for panto.

But in January 2015 we were back in Glasgow, for the Pantomime “Cinderella” (with, you surely guessed it, John Barrowman ;) ) and so we rented two cars and with a group of lovely German and French friends we drove to Alloway. It’s only about an hour away. Want to see some pictures? Looking through them, I see again that my camera was not doing great pics and I am so thankful to have a new one now. But we had beautiful weather, as you can see!

Allowey is the place where Scottish poet Robert Burns has been born. He wrote many poems, the most famous one is “Auld Lang Syne”. 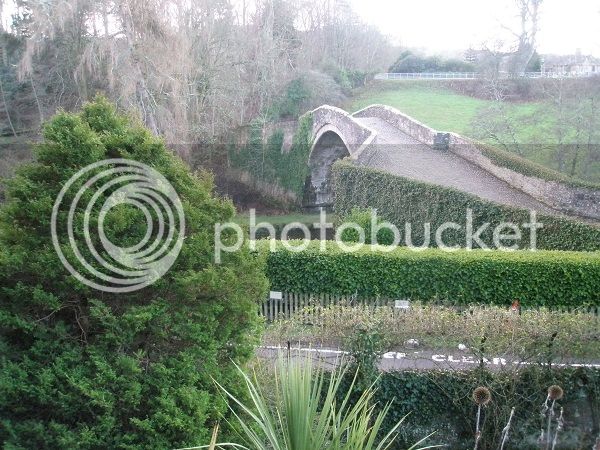