Well, it would have been nice to meet Karl Urban next weekend at Fedcon, but I can't anymore, as I just have died, as he just liked a tweet of mine ;)

In the morning (my time) I had seen him reply to Katee Sackhoff:

I didn't reply right away but did so nine hours later. And yet another six hours later (right now) he liked it. Either he does not get many tweets, or he has nothing better to do ;) 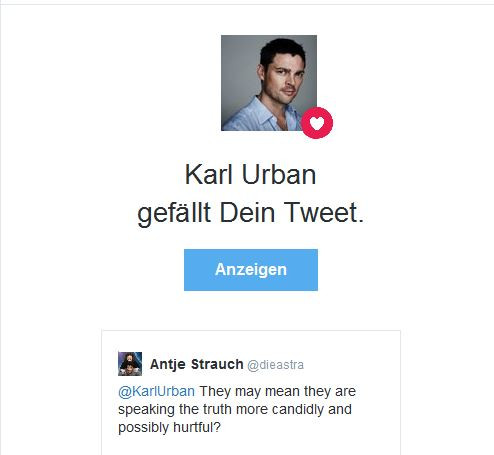 Wonder if I should mention it when I meet him next weekend? ;)
Collapse