The closest I will get to living in a big manor and have a butler - Alfred Pennyworth! He comes with a huge fireplace. Alfred, played by Sean Pertwee, is one of the best things of this series. He's also quite a fighter. But I'll have to repaint his hair, as it looks awful like this. It should be darker grey on top and lighter grey at the sides, but this looks as if he had the backside shaved!

I did a test whether he can serve the silver tea tabled. He can hold it better than Ianto.

I got him very cheap, did you know there is something like Amazon warehouse deals? The box was a bit bent but as I take them out anyway, I didn't mind. Did cost me only about 10 Euros, instead of at least 24 or even well over 30. And they had a sale on DVDs too, so for 6 Euros more I got the DVD with the David Tennant movie "What we did on our holidays". And it all without shipping. Great deal!

Anyway, on with the pictures! 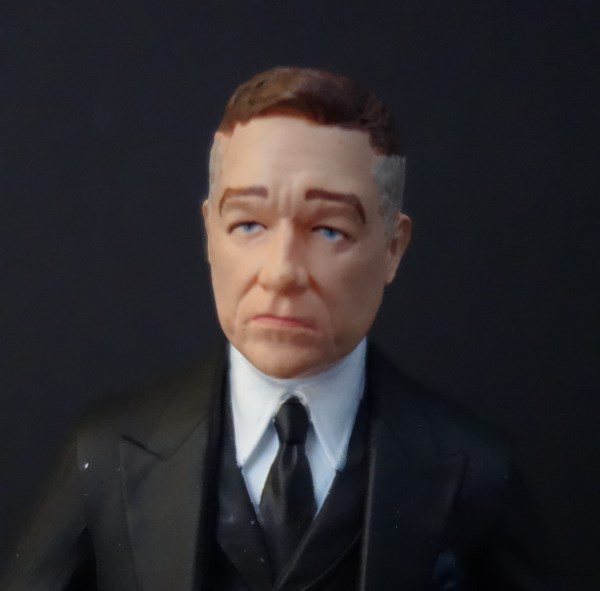 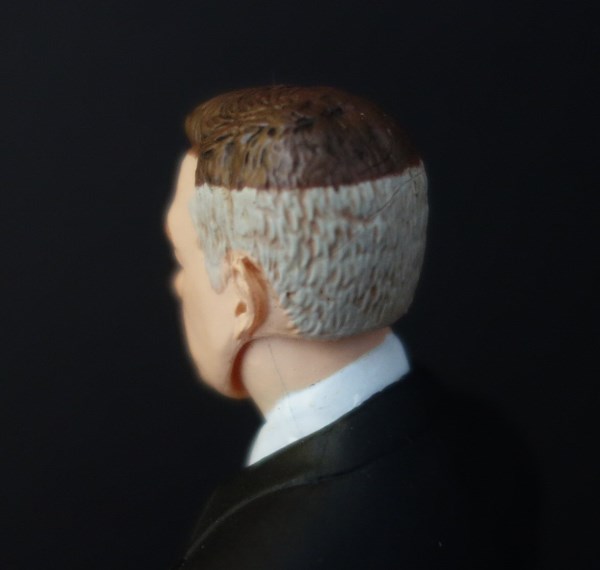 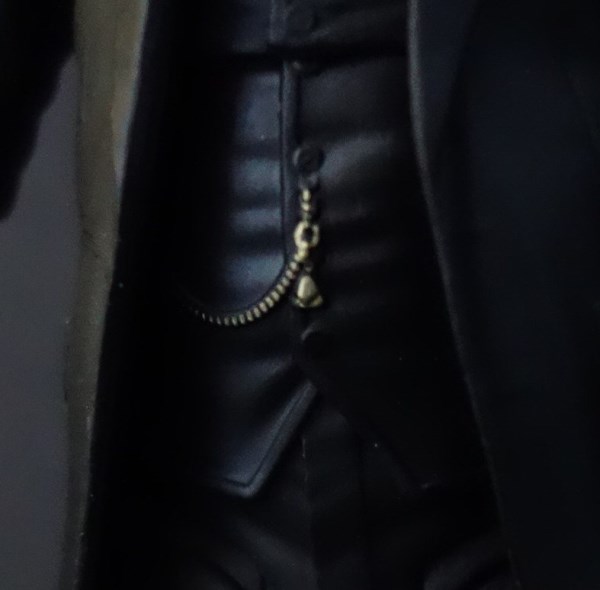 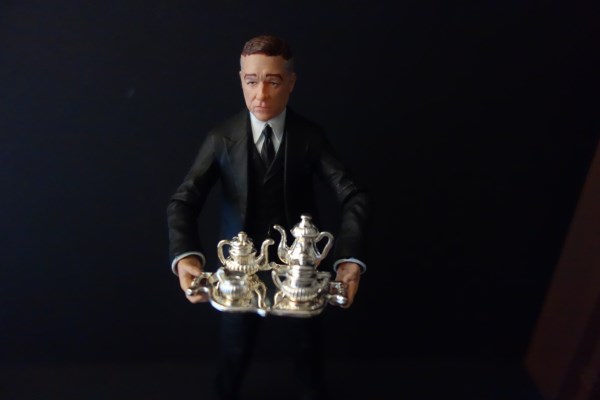 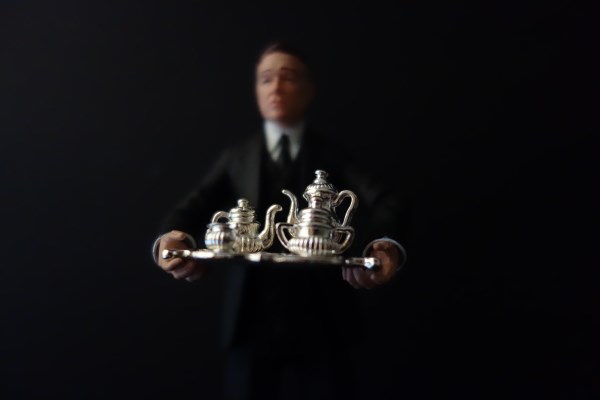