After Carla Marie from the "Gotham" prop department announced that she wanted to show my self-built miniature stuff to the art department (see all the tweets here, I felt under pressure to finish my railing ;) But it was good that way, as sometimes you lose steam and then it lies around for months without getting finished. I really wanted this to get done and I think it came out great!

We had a four day long weekend last week and so I was hard at work every day. Mostly it is just cardboard. The aluminium rings were built in the craft shop, as well as the black wire. The handrail was made with layers of cardboard and then smoothed out with Milliput. To get the mahagoni paint I mixed black, brown and red.

It does not look exactly like the original, it would have to be much bigger to be in scale. I simplified the layout. See some in between pictures behind the cut: 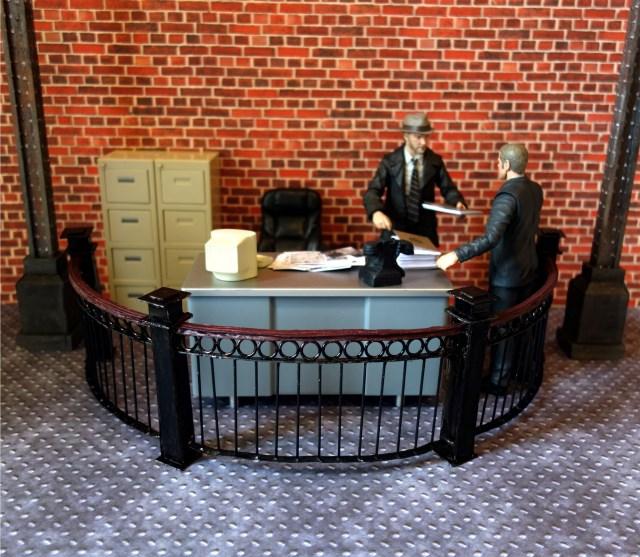 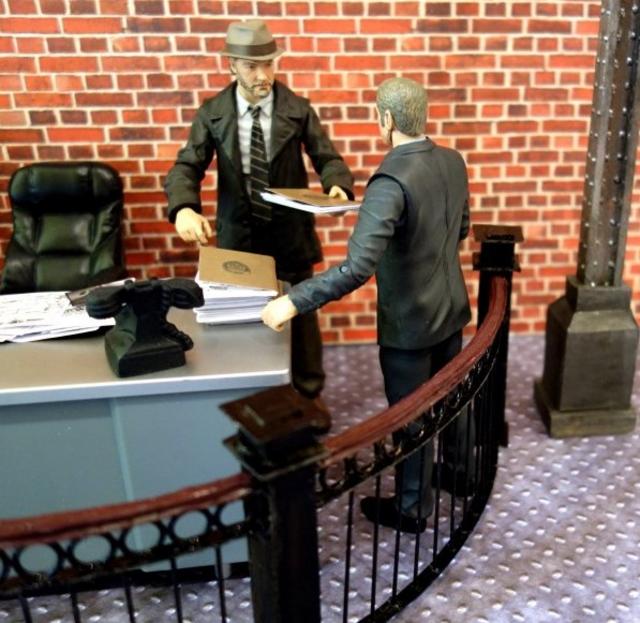 And then also this happened. I saw a Twitter exchange between Sean Pertwee and Anthony Carrigan and couldn't resist illustrating the image that was set off in my head. I put Zsasz's head onto Angel's body and Alfred's head onto Wolverine's body. The different sizes actually do work, as Alfred's figure is bigger than Zsasz's (and with all this exercise I finally learnt how to spell Zsasz without looking it up)

And I got comments from both men ;) Happy they liked it! I was a bit afraid I went too far. 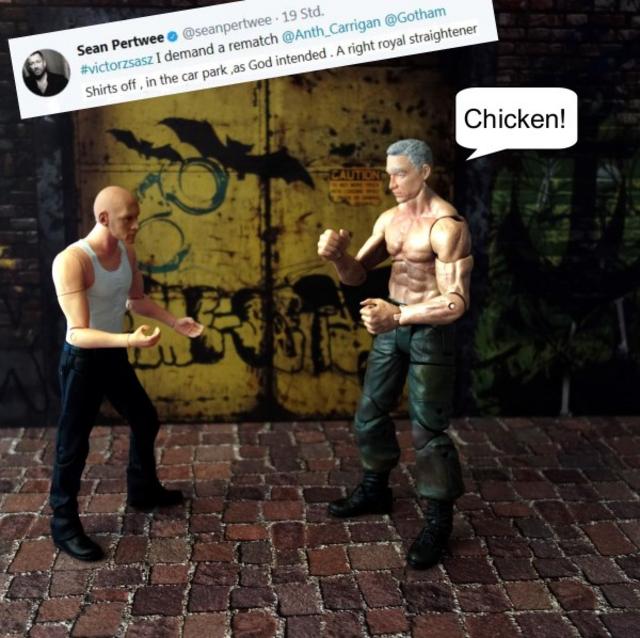 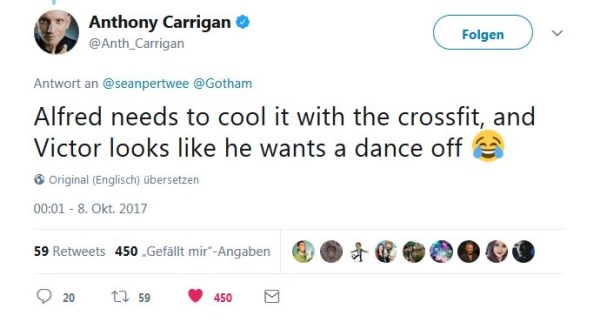