bloodsong13t asked for a panto report. I decided not to do a full one this time, as the show was very similar to previous ones, albeit still fun and always different due to mishaps and improvisation. But I won't write up all the Krankies jokes again, if you want to get an idea about those, go for 2013 (Jack and the Beanstalk), 2014 (Dick McWhittington) and 2015 (Cinderella).

When there are links in the text then they are to videos John has filmed himself. Filming is actually forbidden but if the stars does it himself, what can you do? LOL Enjoy!

For those who don't know about British Pantomime. The show "Dick Whittington" is about Dick who loves Alice and works for her father in a sweets shop. There is also a fairy who speaks in rhymes and then King Rat, the bad guy. Whenever he arrives on stage, the audience boos him. One night he takes Alice's birthday gift, a necklace, from the safe and puts it into Dick's bundle so everyone thinks he stole it. They send him away. We all were awwing him. Sometimes John has to laugh while saying "This is so sad" in a giggeling voice.

On Wednesday the whole scene with the key and the safe and the necklace went horribly wrong with some important lines missing, which culminated in John saying "We're doing it again" and then topping it with "See, I still have the necklace safe in my bundle". I lost it at that but I guess viewers who saw it only this once might have been confused!

And of course, the annual stage door selfie: 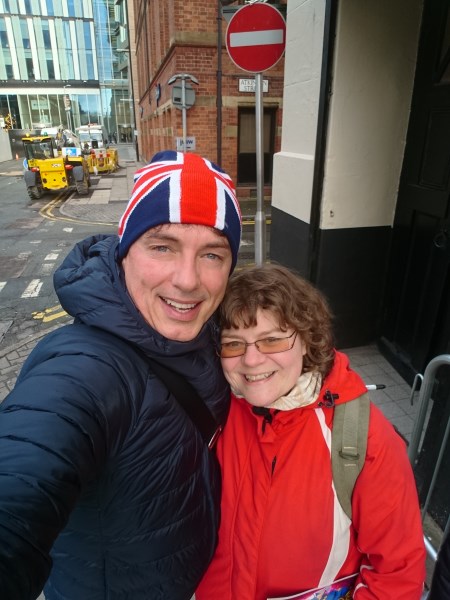