In episode 4x19 they wanted to steal a special knife which was needed to kill Ra's al Ghul. They had to get it from an embassy which was highly protected. Alfred faked a heart attack, and while stumbling around gripping his heart, he tumbled a vase from a pedestral. The alarm sounded but the guy they were talking to told he security that it was a false alarm. Then when everyone was concerned with Alfred's health, Selina came from the ceiling like in "Mission Impossible" and got the knife without anybody noticing.
Alfred is a very fine actor! Even knowing that it was only fake, his pain comes over quite real. Or maybe it's that Sean is a fine actor, who knows! He certainly is used to play such scenes, as he often is hurting and dying in his movies ;) 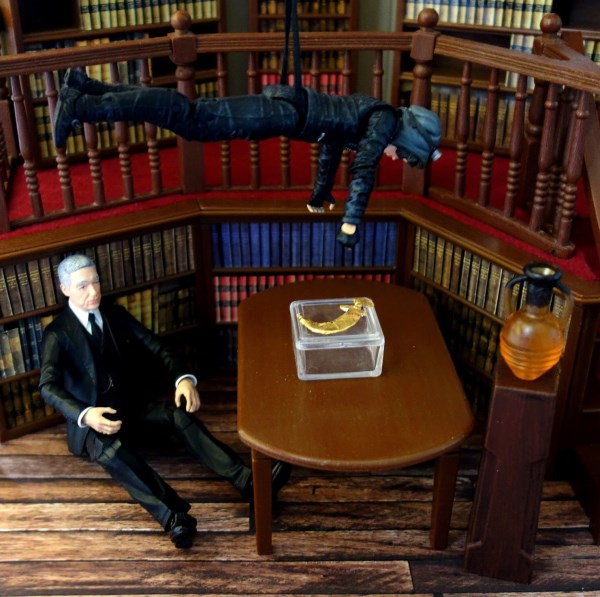 And a behind the scenes picture! 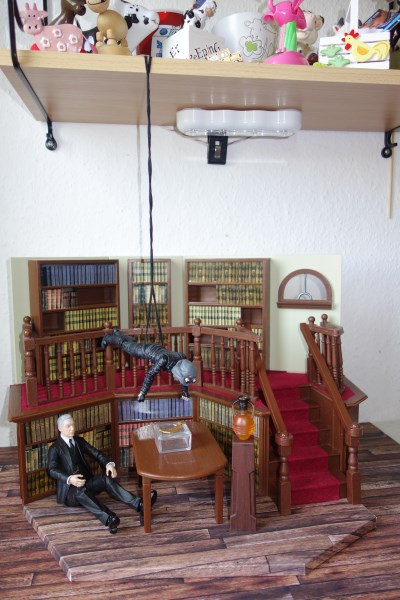