So here is how I saw David Tennant yesterday. Back in November I had bought tickets to see Tom Hiddleston in theatre for yesterday. All day long I was fretting whether I would be quick enough out the door to make it to stage door in time for a picture with him. Spoiler: I was!

Before we went to the theatre, I met with a friend for lunch at Leicester Square. Only when we got there we found that the TGI Friday's we had wanted to go to was closed off. Barriers everywhere and they were setting up a big screen. She casually mentioned that it was the "Good Omens" premiere that day. I had no idea!

We went to have dinner nearby and when we left around 6.30 PM we saw cars drive in and people getting out. And right after we arrived David arrived too. We were so stunned, none of us had any photo camera ready when he got out of the car, but he was right in front of us. So you only can see pictures from far away or from the screen, sorry! Afterwards we also saw Neil Gaiman and Mark Gatiss - I recognized him as well. Man, he's tall! Then we had to leave for Tom. No idea who we missed before or after. The theatre is just between Leicester Square and Picadilly Circus, so the two men were only about some hundred meters afar from each other. What a day!

Oh, and I got my picture with Tom Hiddleston too. But that story is for another day! 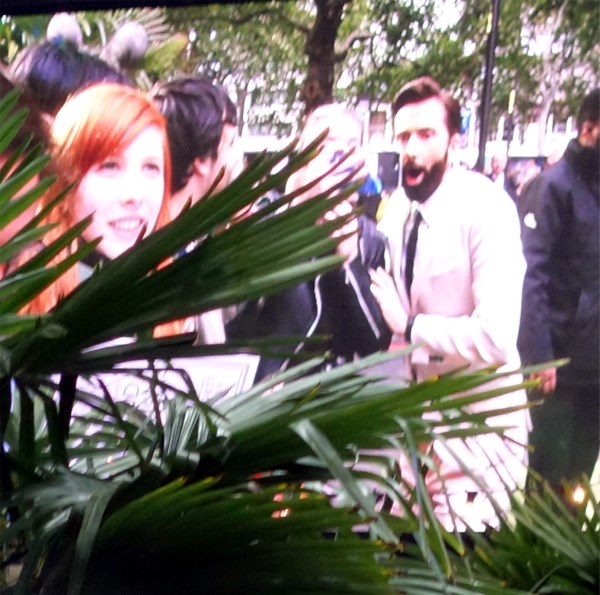 David signing autographs (we saw the people gathering there at 4 PM already. We thought about skipping lunch and joining them but then it was a very off chance and we were hungry): 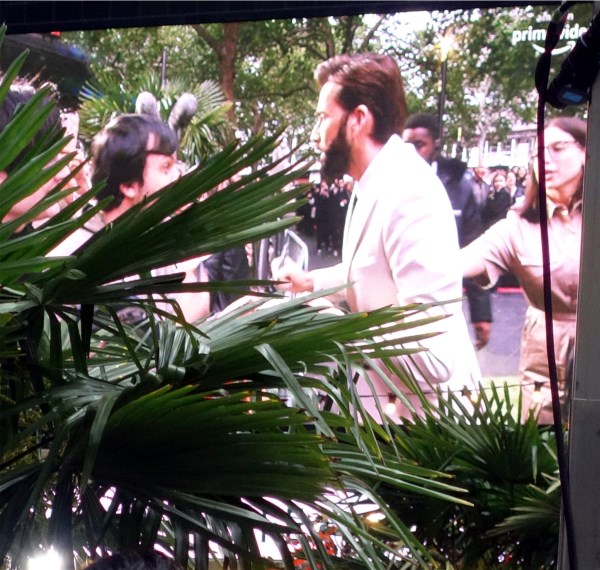 David being interviewed - we couldn't hear anything from where we stood: 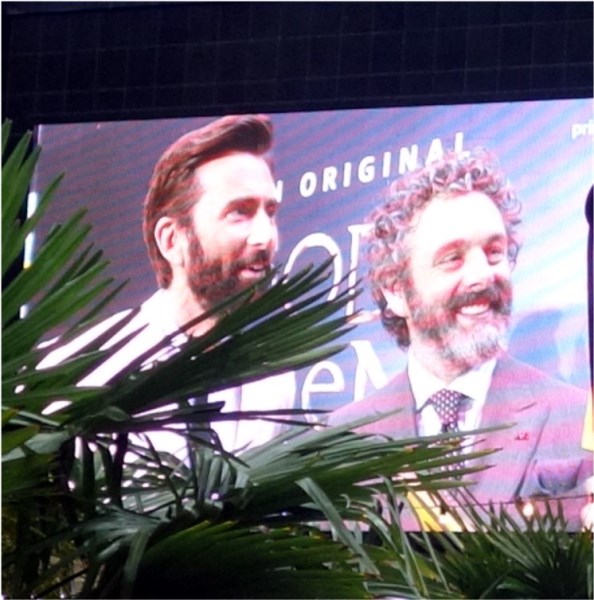 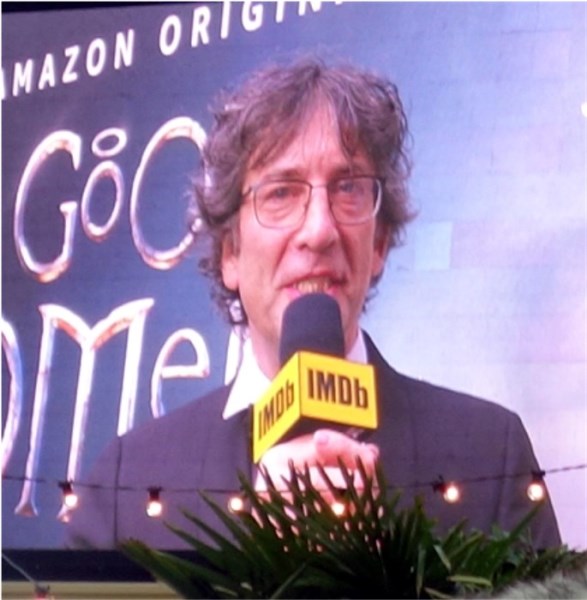 Mark Gatiss getting out of the car: 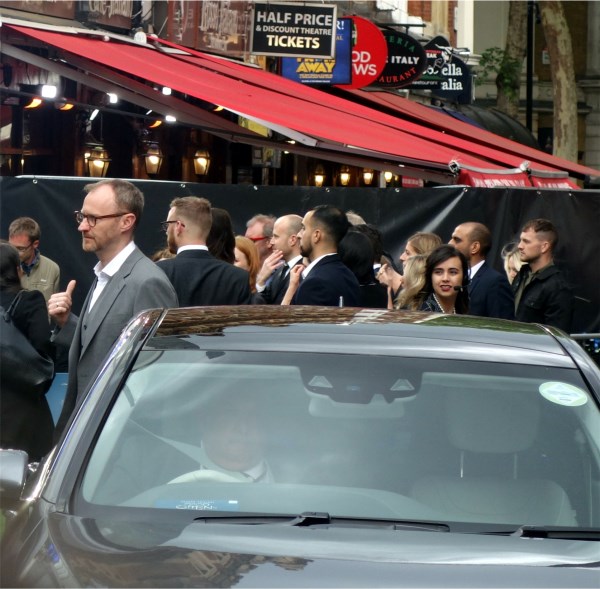 No, I have no idea what he is doing here: 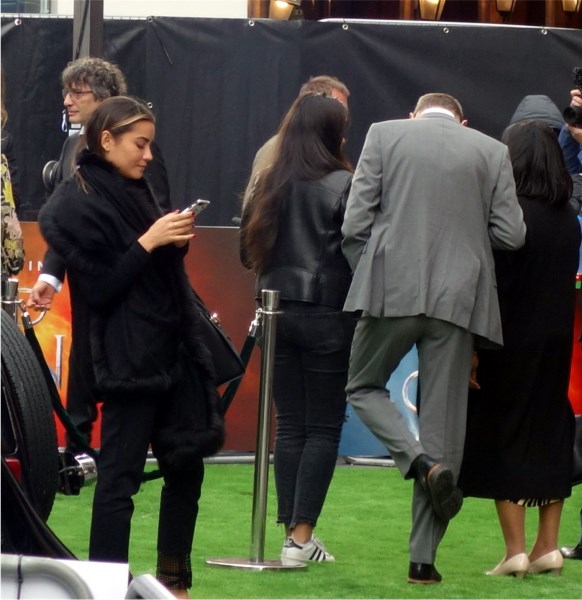 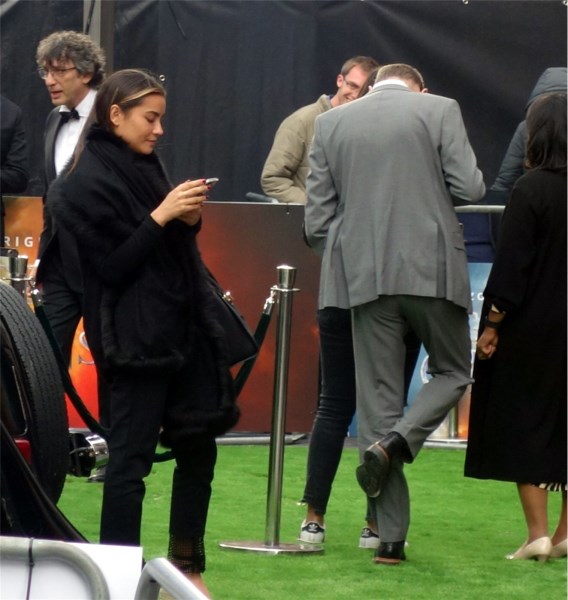 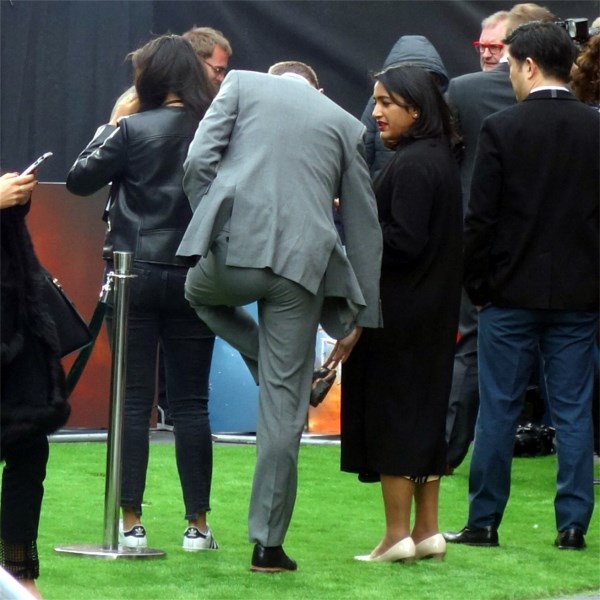