"Come on, Brigadier, I'll show you the universe!"
- "Blimey, looks like we arrived before we even left. That will tear the space time continuum."

I made this for Jon Pertwee's birthday wo was born today on July 7th exactly 100 years ago. 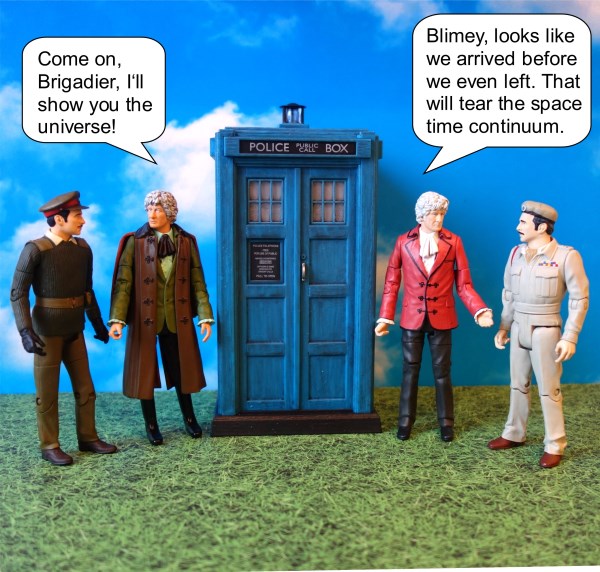 I took a Spike body & Wesley head and made my own Ed Mercer action figure. 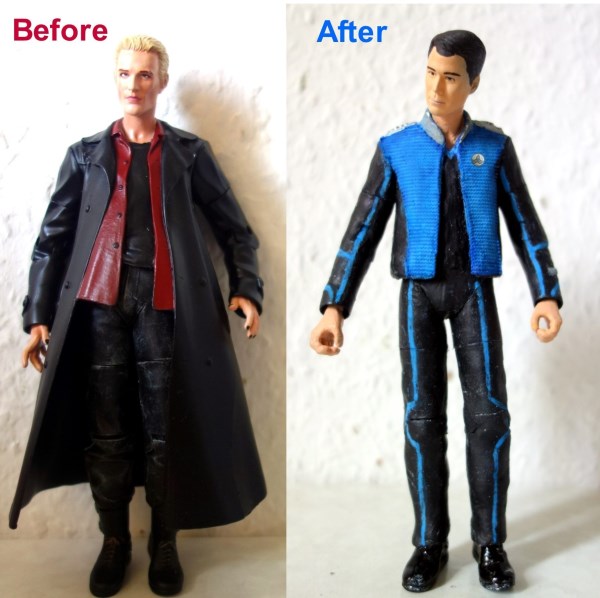 A lot of stuff had to be cut away. It's a nice figure and I was sorry to destroy it but I really wanted an Ed. 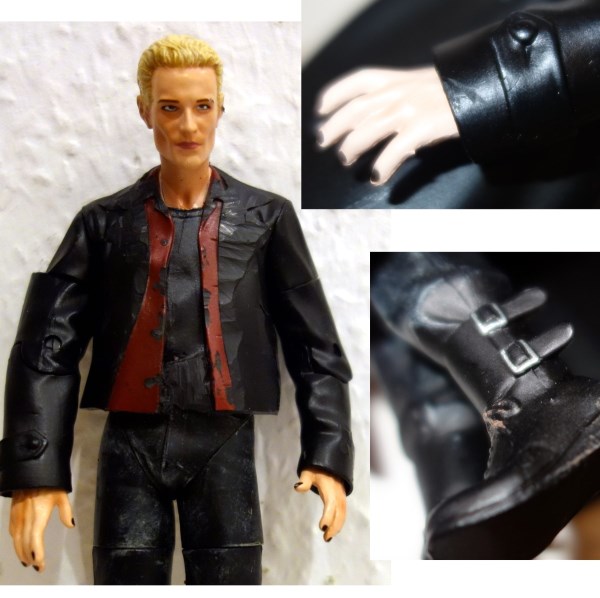 I needed to cut a lot at the backside, they had this so the coat would flow but the jacket needed to be tighter. 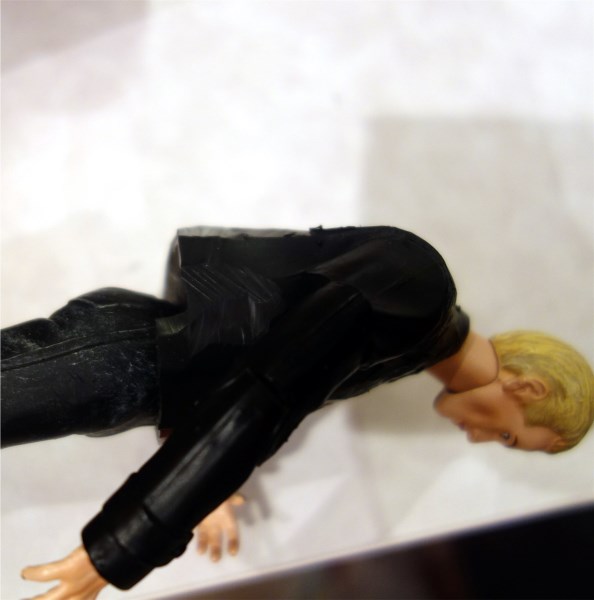 I smoothed out all the crinkles in the sleeves and pants with Milliput. I also later added the collar and details like the comm at the sleeve. And I cut a little triangle into the t-shirt at the neck. 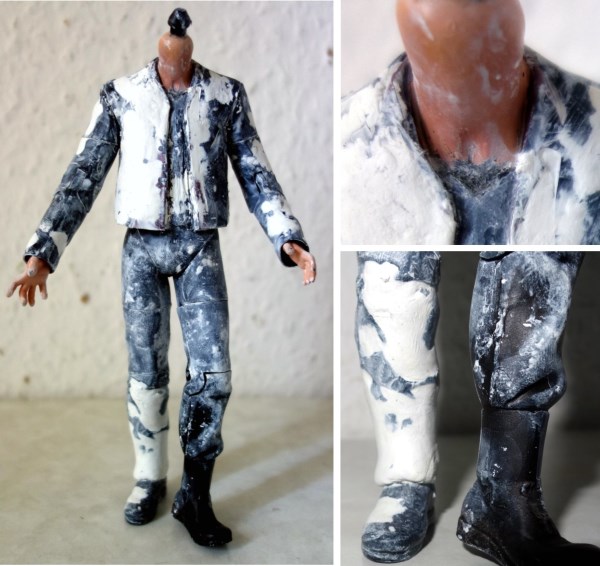 I also changed the hands with wide-spread fingers to more closed fists. 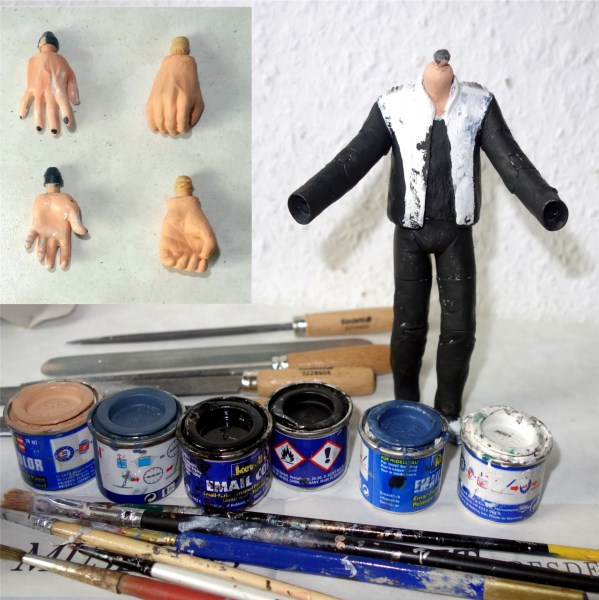 Originally I had just wanted to paint him blue but the paint I wanted to use had dried up and I did not want to wait till tomorrow to buy new one. So I found this cloth that was given to me back in 1989 for waving at a Socialist demonstration. I already used the yellow version for my customized Captain Kirk and now the blue cloth will fit Ed. It was a bit too dark though so I painted it with water color that is also from my childhood. I love how it gives the uniform a bit of texture. Not shown: I also had to alter the hairline of the original head plus make the blue eyes brown. 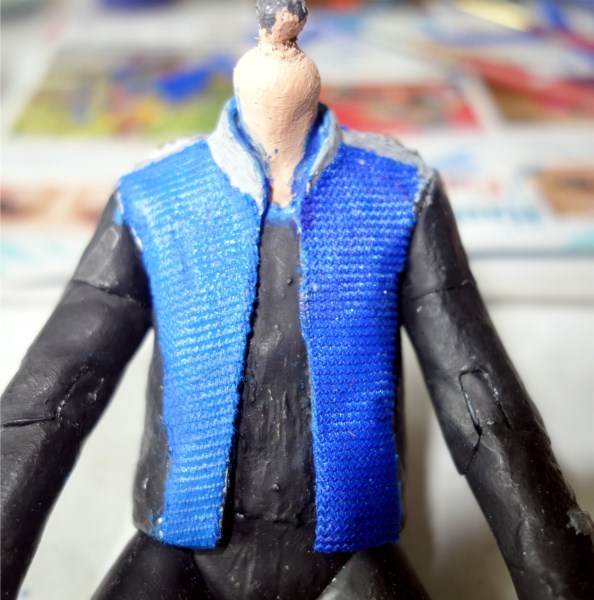 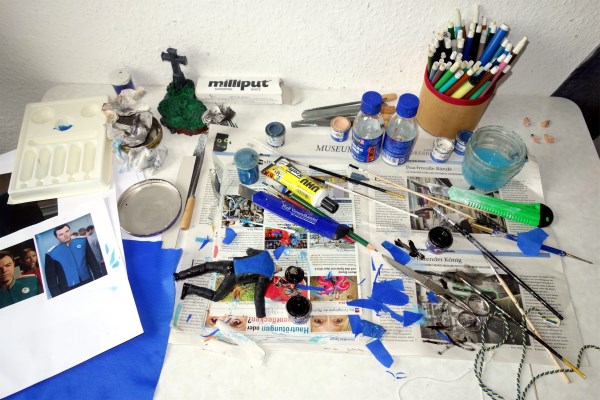