This has become a little series now!

THE BRIDGE IS HERE! I repeat, the bridge is here! This is not a drill!
And it's awesome. And Tuvok is in for a huge surprise. 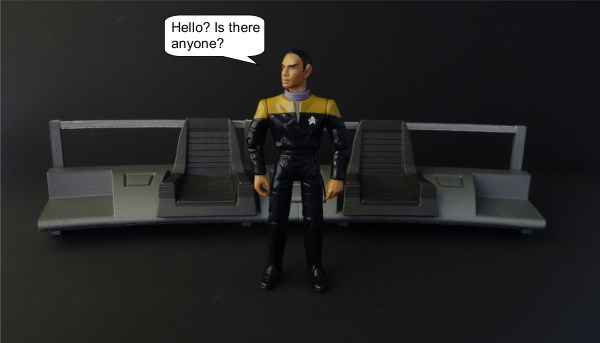 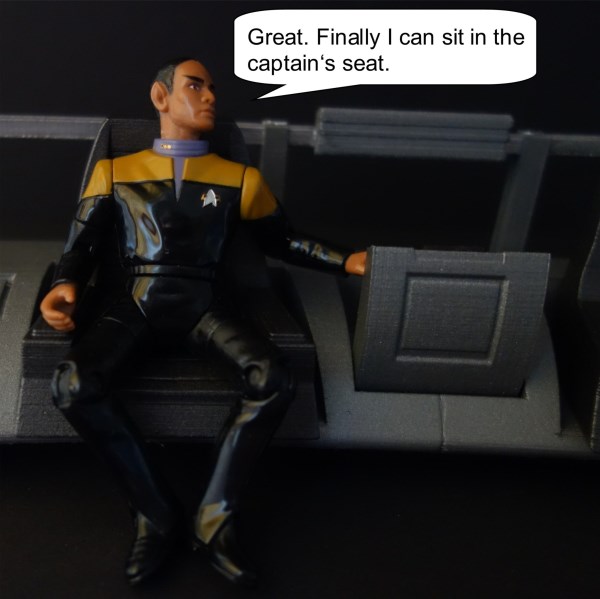 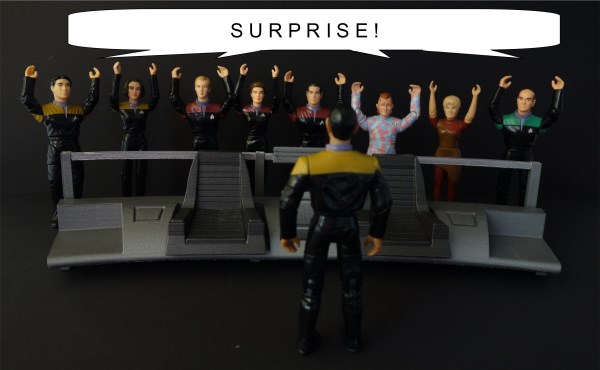 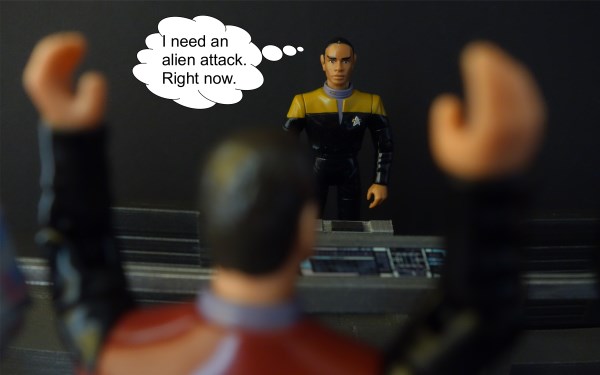 niviene to post all my Voyager fanfictions, so here is the second one I wrote. It probably won't make much sense without reading the one by Missyhissy3 first. In short, it is about drunk Chakotay misbehaving. While it is a very funny piece, I felt for him, thinking he would feel mortified in the morning. So I wrote this bit of comment fic / conclusion.

The original can be found here: Losing a Layer

At the time I found it, only the first chapter had been posted. Only then it turned out, the author already had written more herself, but they were only published on Fanfiction.net, not AO3. It's interesting to see which things are similar in her and mine, and which are different. You can see chapters 2, 3 and 4 now also at the link above, but for my story you only need the first one.

So, here is my alternate ending to the first chapter:

Summary: Chakotay wants to know what happened last night. Tom is reluctant to tell him. (no, it's not what you think! This is Chakotay/Janeway)

The next morning Tom was on his way to the bridge to start his shift when he got commed.

“Chakotay to Lieutenant Paris. Can you come to my quarters, please?”

He stopped dead in his tracks. That was very unusual. Especially the ‘please’. He couldn’t figure out whether it was an order or not. He quickly debated to simply ignore the call but in the end curiosity got the better of him.

What could the commander possibly want from him? He’d figured that Chakotay rather would avoid him, after what happened last night.

When he reached his door he rang the chime. Carefully he put his head around the opening door.