(Beware, some of the bits in this text are a bit mature, but not explicit!)

Summary: During their stay at Venice Beach in the episode "Future's End", Kathryn and Chakotay find some time for a romantic picnic at the beach.

Chakotay and Kathryn suddenly found they had some free hours left before they would break into Chronowerx tonight and investigate what was going on with Henry Starling.

They decided to make the most of their unplanned stay at Venice Beach by having a picnic at the beach. Both went to get some supplies and met again one hour later. Chakotay brought the drinks and the blanket, and Kathryn brought the food – and coffee. Because everyone knew coffee was needed for a picnic. 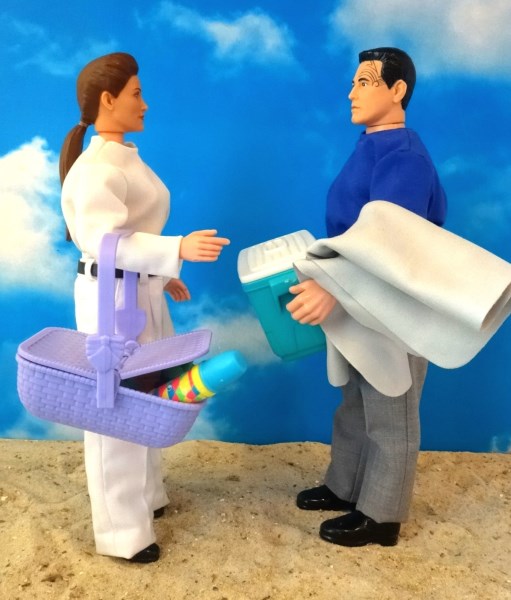 The sun already was setting and most people were leaving the beach. They found a quiet corner where to set up their place and watch the sun set. 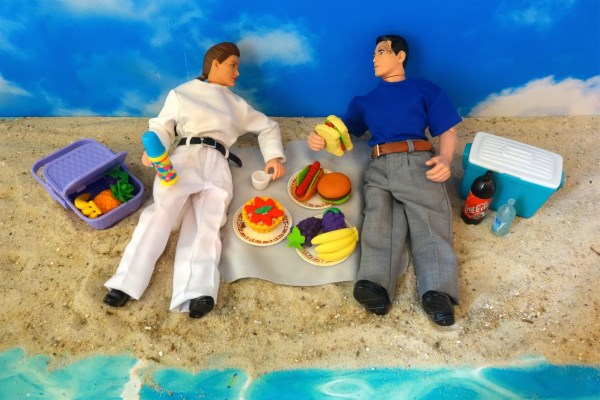 It felt so good to eat real food again. A real home-made burger, hot dog and sandwich. Chakotay had no idea where to start first. He decided on the sandwich. A light breeze was blowing. The waves were gently lapping at the shore. Chakotay felt content. This was as perfect as it could be. A part of him wished he could just stay here in this century and make a living with Kathryn. Let the timeline sort out by itself. But he knew Kathryn would never agree to it and if he was honest, he couldn’t really put his own happiness over the fate of the whole Earth either.

But it was tempting.

So he was determined to enjoy himself as long as this little break far from all responsibility would last. He hadn’t seen Kathryn as relaxed in a long time. She just laid back and allowed him to feed her grapes. By mutual understanding they just talked about harmless things. Work would come back to them soon enough. 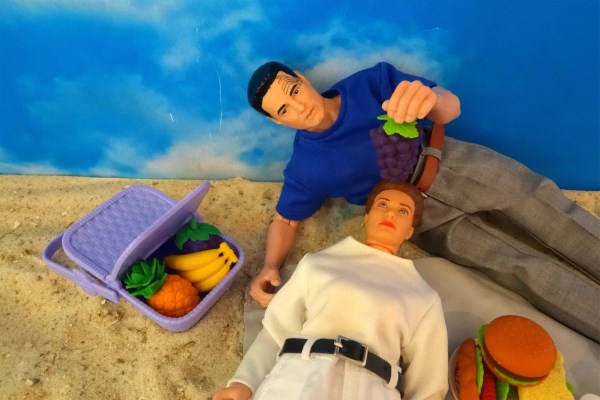 Things were going well until Kathryn started to eat a banana. She made the most pleasurable noises while doing so which went straight to his groin. He blushed but he couldn't take his eyes off her and from her mischievous sideways glances it was clear she knew exactly what she was doing to him. 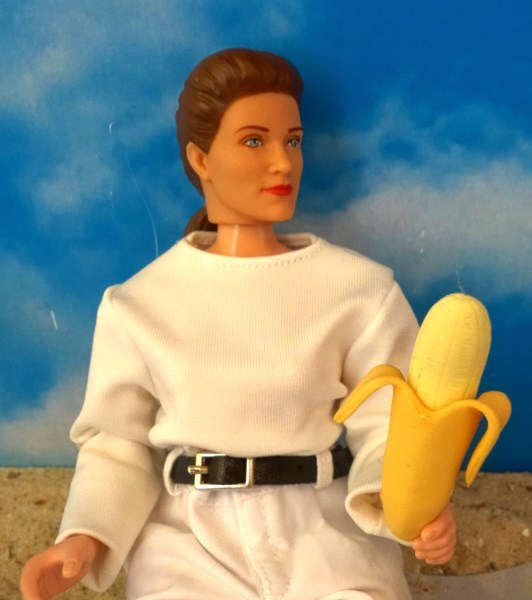 He was in trouble. Big trouble. There was only one course of action. Reciprocating.

Chakotay picked a popsicle from the cooler and tried to match Kathryn’s pleasurable noises while licking the melting chocolate. 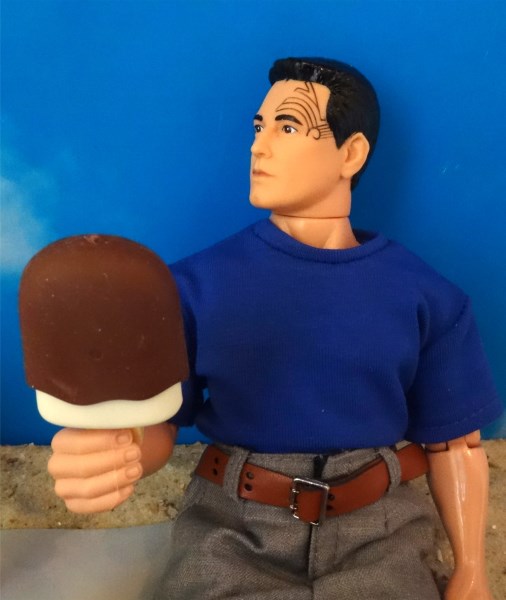 Now it was Kathryn’s turn to blush. Her eyes seemed to hang on his lips. Chakotay smirked. Gotcha!

Soon the wooden stick was all that was left and Chakotay was very pleased with himself. The ball was now again in Kathryn’s corner, so to speak. 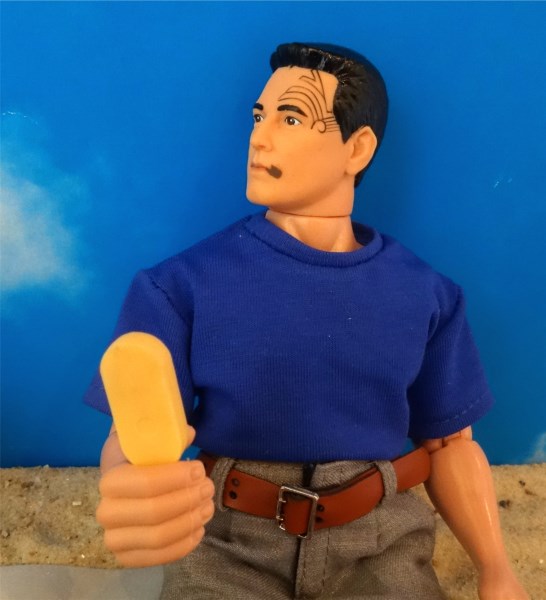 And sure enough, she reached over, murmuring that there was some chocolate left in the corner of his mouth. 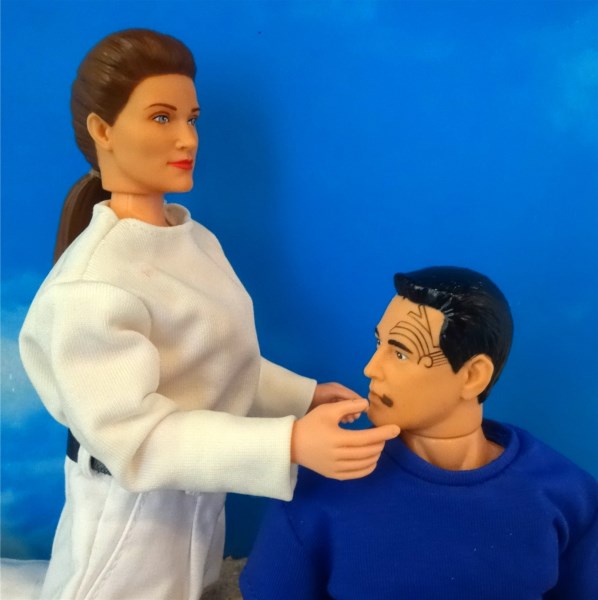 But she couldn’t make it go away with her finger. So she finally kissed him, licking it off with her tongue. 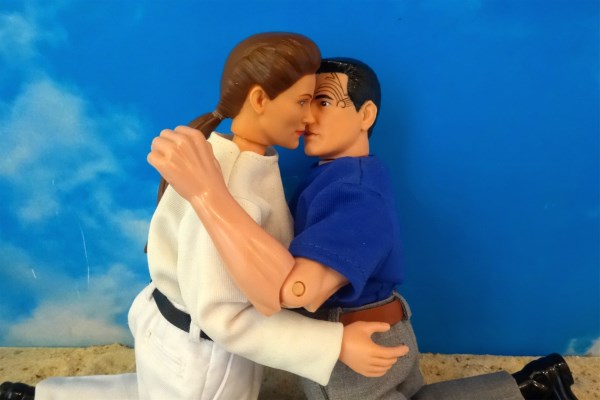 The food lay tangled and forgotten, because kisses were so much sweeter than any cake could be. Later, when their children would ask how they had gotten together, Kathryn would claim that this had been her plan all along and Chakotay countered that he had left that chocolate spot on purpose. It could never be determined who was right but it didn’t matter. 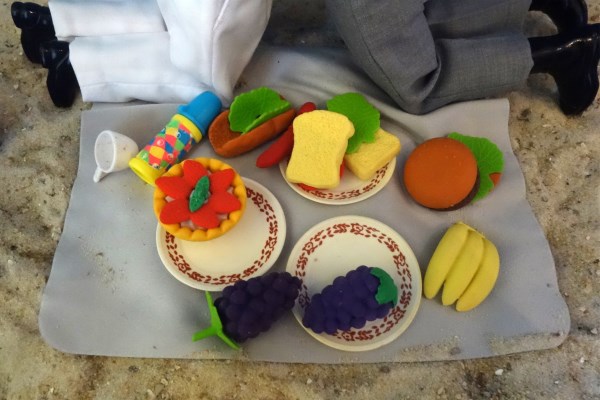 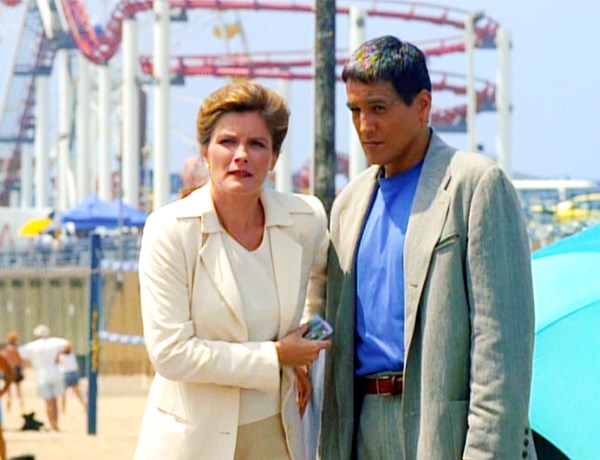